Charles Atlas inspires millions to exercise and feel good about themselves. Talk about how Charles Atlas has inspired you. Success stories from Atlas Students!
Post Reply
3 posts • Page 1 of 1

Dave Prowes famous for his role as Darth Vader, was an Atlas Student.


Around the age of 15, my Brother in Law, Roy, who was 18 decided to send away for a Charles Atlas Course of Physical Self Improvement. I think he'd been inspired by the great physique shots of Charles Scilliano Atlas who, at the height of his fame in 1922 won the worlds best developed man contest. This, alongside the now world famous cartoon strip type ads of the skinny wimp on the beach having sand kicked in his face, clinched the decision. The course duly arrived and I was invited to join Roy in the exercise routine that didn't involve the use of any equipment whatsoever and revelled under the title of "Dynamic Tension". With hindsight dynamic tension was nothing more than what we now term as Isometric and isotonic exercises - Isometric meaning static contractions, isotonic meaning muscle contractions during and after movement.
There were also quite a few standard type exercises like press ups, sit ups, leg raises, plus others where your own body supplied the resistance instead of utilising expensive equipment like weights and chest expanders. The pair of us struggled manfully with the routine and it wasn't long before I saw the first signs of progress, a muscular lump came up on the inside of my forearms. Flushed with success I started training even harder whilst unfortunately Roy gave up, moved out of the house but fortunately left me with the course with no instalments to pay. 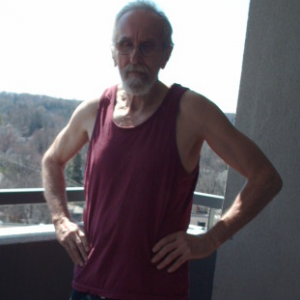 Re: Dave Prowes an Atlas Student

I was lucky enough to meet David Prowse at a famous monsters convention about 10-15 years ago in Washington DC. He was very nice and spent a great deal of time with all the fans. Remember he was also in a number of other movies including A Clockwork Orange, and several Hammer Studios movies where he played Frankensteins monster.
Top

Re: Dave Prowes an Atlas Student

Return to “How Charles Atlas Inspires”